Shamsuddin Mohammad Hafez Shirazi, a poet of the 8th century, born in Shiraz, known as the Lesan-ol-Gheib (the tongue of the unseen), means the knower of secrets and the world of the unseen. Because he memorized the Qur'an as a child, he was given the title of Hafiz meaning memorizer.

Hafez fell in love with a girl at young age named Shakhe Nabat (which you can see her name in his poems) and married her. He had one son, whom he lost during his trip to India, and after the death of his wife, he did not marry again, which is why he is considered a symbol of true love. He composed his poetry collection during 50 years, most of which are lyric poems describing love and wine.

His poems were translated into most languages ​​of the world in the 18th and 19th centuries, and Goethe and Nietzsche also praised him greatly.

Every year on the 12th of October (Mehr 20th), a commemoration ceremony is held in his tomb in Shiraz, and the tomb of Hafez, known as Hafeziyeh, is one of the most famous tourist monuments in Shiraz.

Today, Hafez's lyric poems (Ghazal Diwan) can be seen in all Iranian homes, and many people may have memorized Hafez's poems. Hafez divination is one of the most common things that is done. For example, on Nowruz or Yalda night, first intends, then recites a lament for the happiness of Hafez's soul, and after swearing Shakhe Nabat, we open a page of the Divan and read and interpret the poem on the right side of the book. Hafiz’s lyric poems are considered special and mysterious poems because anyone can adapt them to their mood with any feeling and intention that they read and augur.

Why don’t you book your Trip now with Wonderful Iran team to participate in this special occasion in October 12th? 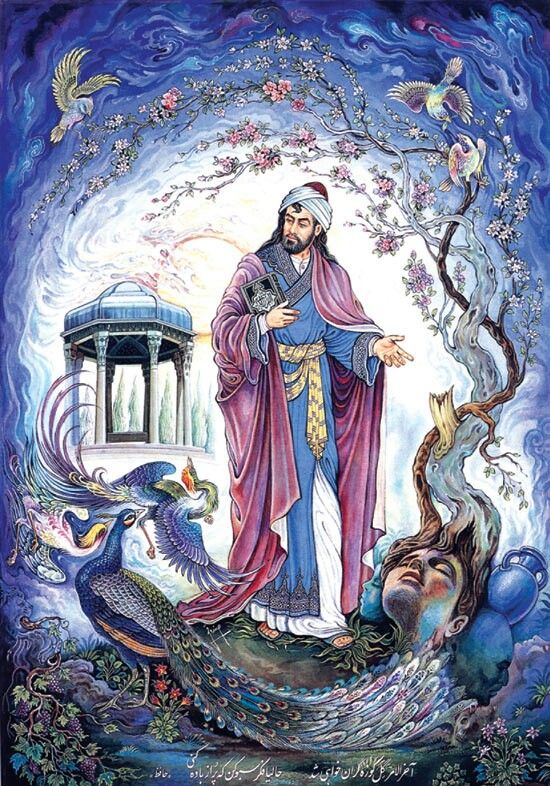